Zen Django is my 3 year old Chinese Crested.  I adopted him when he was just under two years old, knowing that he was fearful and shy.  He has come a long way and is my canine freestyle partner.  He is great with other dogs and people and despite his debilitating sound sensitivity has learned to cope very well in the world around him.  He used to dart around and panic on walks, but can now walk happily and confidently.  Our walks have gotten much better and just last week I noticed that he ignored both a guy using a loud saw and a lawnmower running.  Those are both huge improvements for him because in the past, both would have sent him reeling.

I just got back from a neighborhood walk with Django.  The first half of the walk was awesome and I was thinking to myself how great he is doing and how amazing it is to see him to relaxed and comfortable.  Just over 1/2 way through our walk, Django’s worst nightmare appeared…a Fed Ex truck.  The noise of large trucks with their hydraulic screeches and random booms, as well as construction equipment are extremely scary for him.  I noticed it before he did and so I stopped heading in that direction and knelt down next to him.  I held the leash so that he was close to me and didn’t have room to dart around just petted him and told him he would be okay.  After the truck was gone we continued with our walk.  After the truck passed he was no longer panicked, but was no longer relaxed and comfortable.  From the time we saw the truck, he became more reactive to cars which hadn’t been bothering him before, as well as other sounds, even the sound of the leash attachment clinking with his harness.  He was still able to eat food, respond to me and walk, but he was walking faster and his movement was more jerky.  He was just clearly now “on edge”. Unfortunately, we saw another large loud truck and again I had to comfort him until it passed.

There are two things about this that I wanted to discuss.  The first thing is “trigger stacking”.  Trigger stacking is when there are more than one trigger in the environment and each one creates a layer of anxiety that lowers the dogs threshold for coping.  For Django, while he is much more comfortable going out of the house, there is a still a level of elevation in his normal emotional state when we go out.  Not enough for him to be bothered by vehicles or saws, but if he is exposed to something scary, like a Fed Ex truck, things he normally could cope with become more challenging and scary.  I realize that every time I take him out there is a possibility of us seeing a truck, however, I feel that because we usually don’t see one, it is worth it for him to continue to be out in the world going on leash walks which he really enjoys.

Trigger stacking is something I see often in show dogs that are fearful or reactive.  They may be worried about one piece of the dog show experience, such as the judge or other dogs or the table, or they may be worried about many of those things.  If they are worried about several of these things, there is definitely trigger stacking happening because each trigger is breaking down the dog’s ability to cope.  This is why it is so important why we deal with EVERY issue that a dog has with being shown before throwing him into a situation where he will be forced to deal with things that scare him.

Dogs, just like all other animals, including humans cannot help it when they are afraid of something. I have a fear of flying.  I have never been hurt in a plane and I can reason with myself that I will be okay, still, I have a panic attack every time I fly.  It isn’t fun.  I would stop feeling that way if I could, but I can’t.  It is the same for dogs.  There is no animal that will act fearful if they can help it.  If a dog is acting afraid, it is because he is afraid.  Dogs are incredibly honest that way.  I have actually had breeders tell me that “in their breed” dogs will “act afraid” so that they won’t have to do things or to manipulate us, which of course is ridiculous and not at all true.  It is truly scary that people who have such a distorted view of how dog’s behave have such a strong influence not only on a breed in general but also in people who buy their puppies who will listen to that and actually believe it.  But, I digress…

The other point I wanted to make of this story is that you may have noticed that I comforted Django when he was afraid.  There are still people who mistakenly believe that if you comfort a fearful dog you will “reinforce their fear”.  Fear is an emotion, not a behavior, so it doesn’t work that way.  If I was getting robbed at gunpoint and someone came up and started handing my $100 bills, do you think I would be more afraid the next time because I was reinforced for being afraid?  No, because at the time, I was not “learning” in that way, I was just trying to stay alive.  Any learning I would be doing would likely be “classically conditioned”, meaning that it was learned from associations, not consequences, like reinforcement.  So, I could learn to be afraid of going to that same location because I had been robbed there, or I could even develop a negative association to a type of car that happened to be sitting nearby or to the shoes I was wearing that day because my brain happened to have made an association between those two things – that scary event and my shoes that I had on that day.  But, I wouldn’t be more afraid because I was reinforced during the robbery.

This is all important to think about when dealing with a fearful or reactive dog.  I want Django to be comfortable with walks and I hope that one day I can get him to be okay with loud trucks, although I am not sure he ever will.  What I see now is that he is “better” than he was.  He still becomes very obviously afraid, but he doesn’t completely panic to the point of trying to escape me like he used to.  Protecting him and comforting him has helped.  What would never, ever help him is what I see many people do when their dog is having an anxiety attack which is physically correct them.  Many owners view this as an intentional behavior of the dog acting up, but these fearful responses are not something the dog is doing as much as they are something scary that is happening to the dog.  Another important thing to think about because correcting a dog for being afraid is extremely relationship damaging.  It breaches the trust between the dog and owner which is never a good thing. 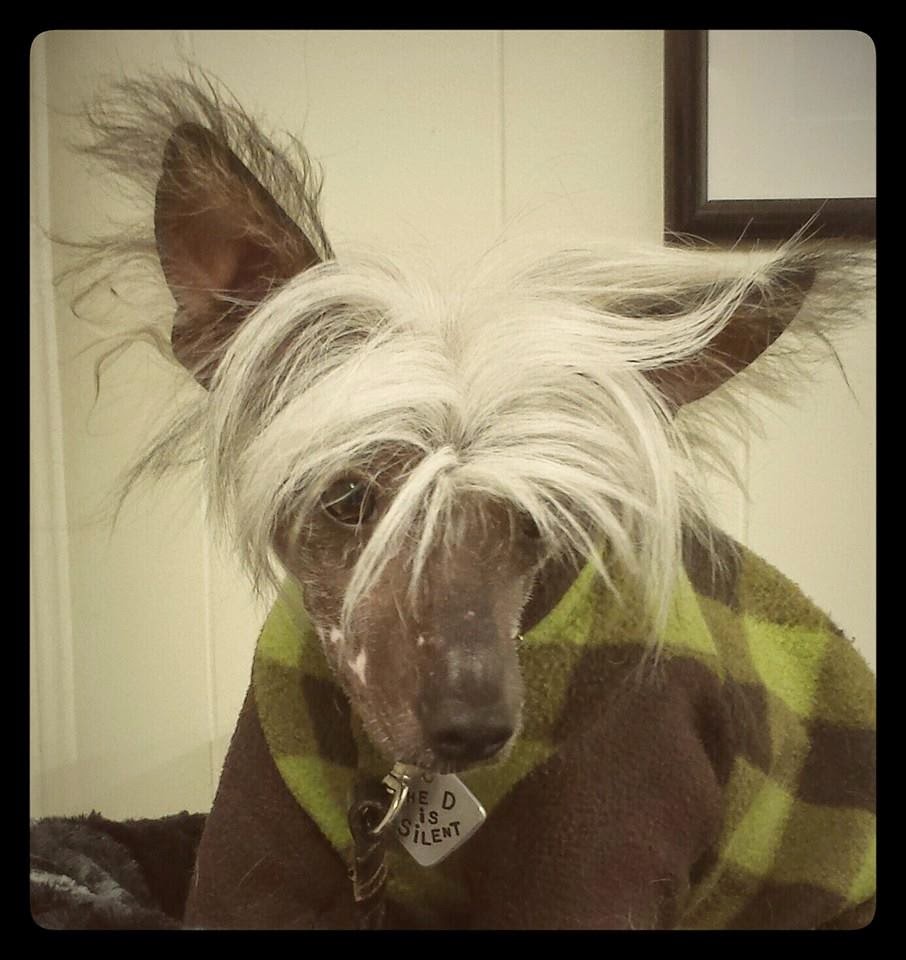